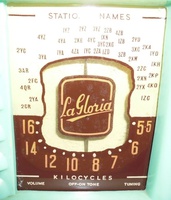 The La Gloria model Imp was manufactured by Dominion Radio and Electrical Corporation Ltd in 1956. 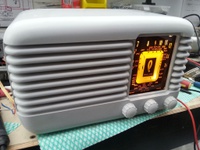 The La Gloria Imp 5-valve broadcast mantle receiver was almost identical to both the Philco Alabama and its Majestic successor.

The cabinet, like so many plastic mantle cabinets used in New Zealand in the 50's and 60's, was recycled from an Australian model. 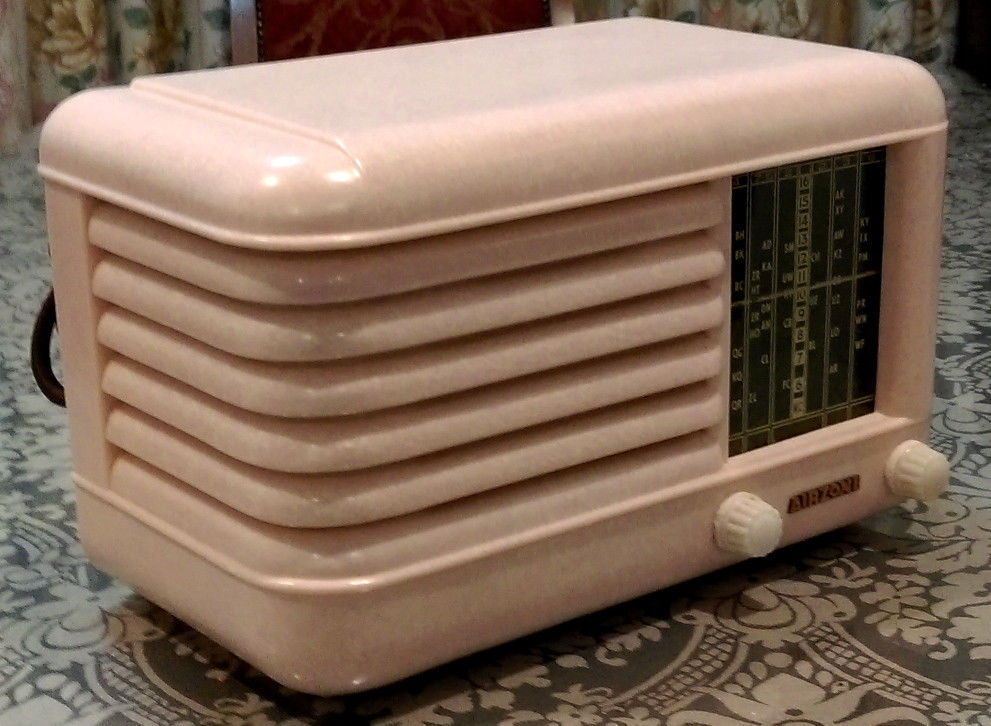 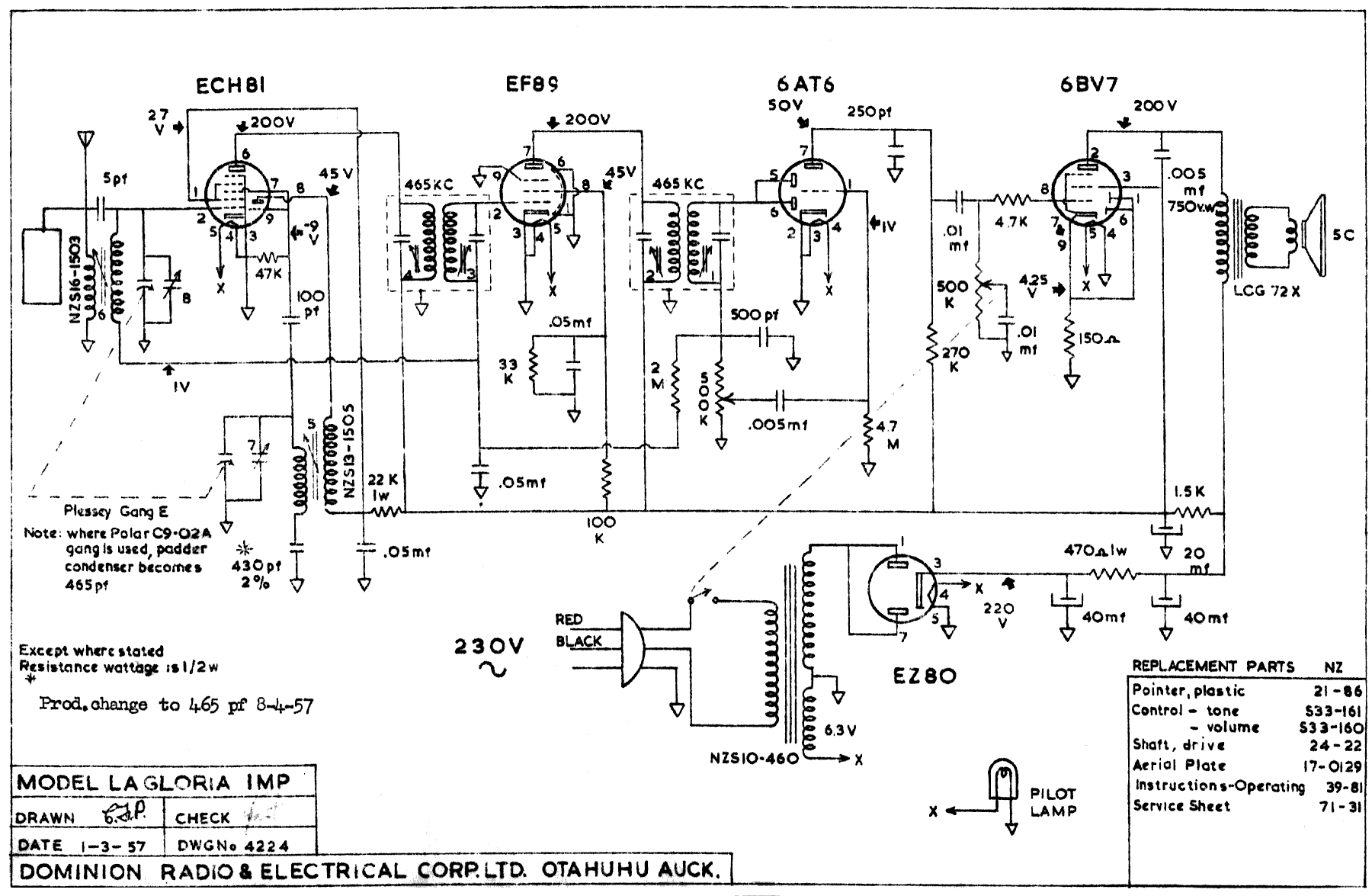 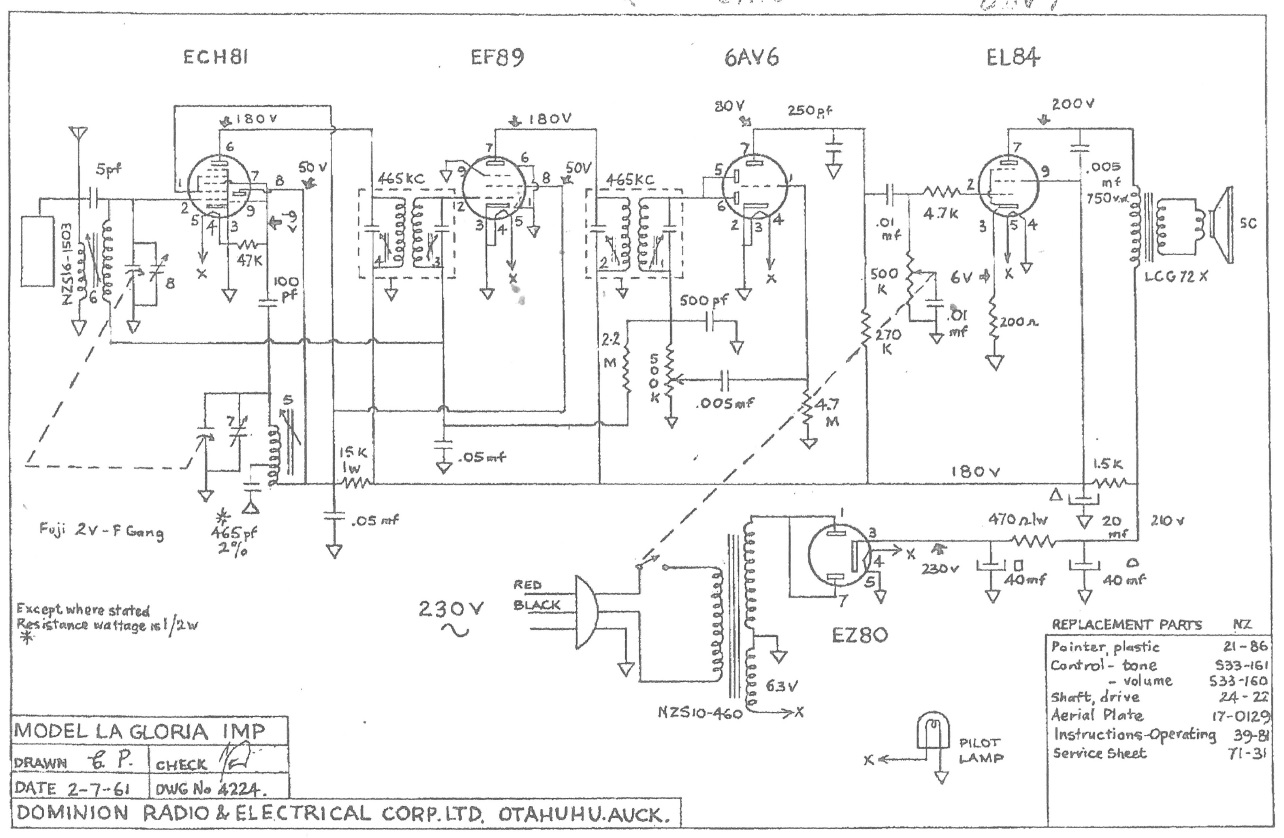