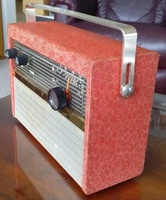 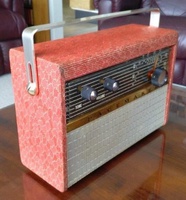 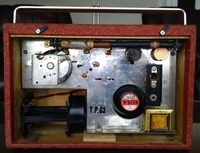 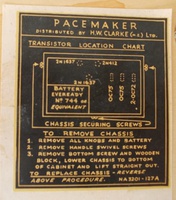 The Pacemaker TP63 was manufactured for H. W. Clarke Ltd by Collier & Beale Ltd in 1963. It's part of the Pacemaker Transportable series.

A style departure from the previous oak models, seen in cream and red.

The Pacemaker TP63 is part of the 'Pacemaker Transportable' series.