The Pathfinder model 617 was manufactured for Drages Home Centre by Akrad Radio Corporation Ltd in 1947.

Note that this model came in at least two different valve lineups - octal and loctal.  Both layout labels are shown below the schematic, and the circuit probably doesn't differ much between versions, although only the octal version schematic is known to exist. 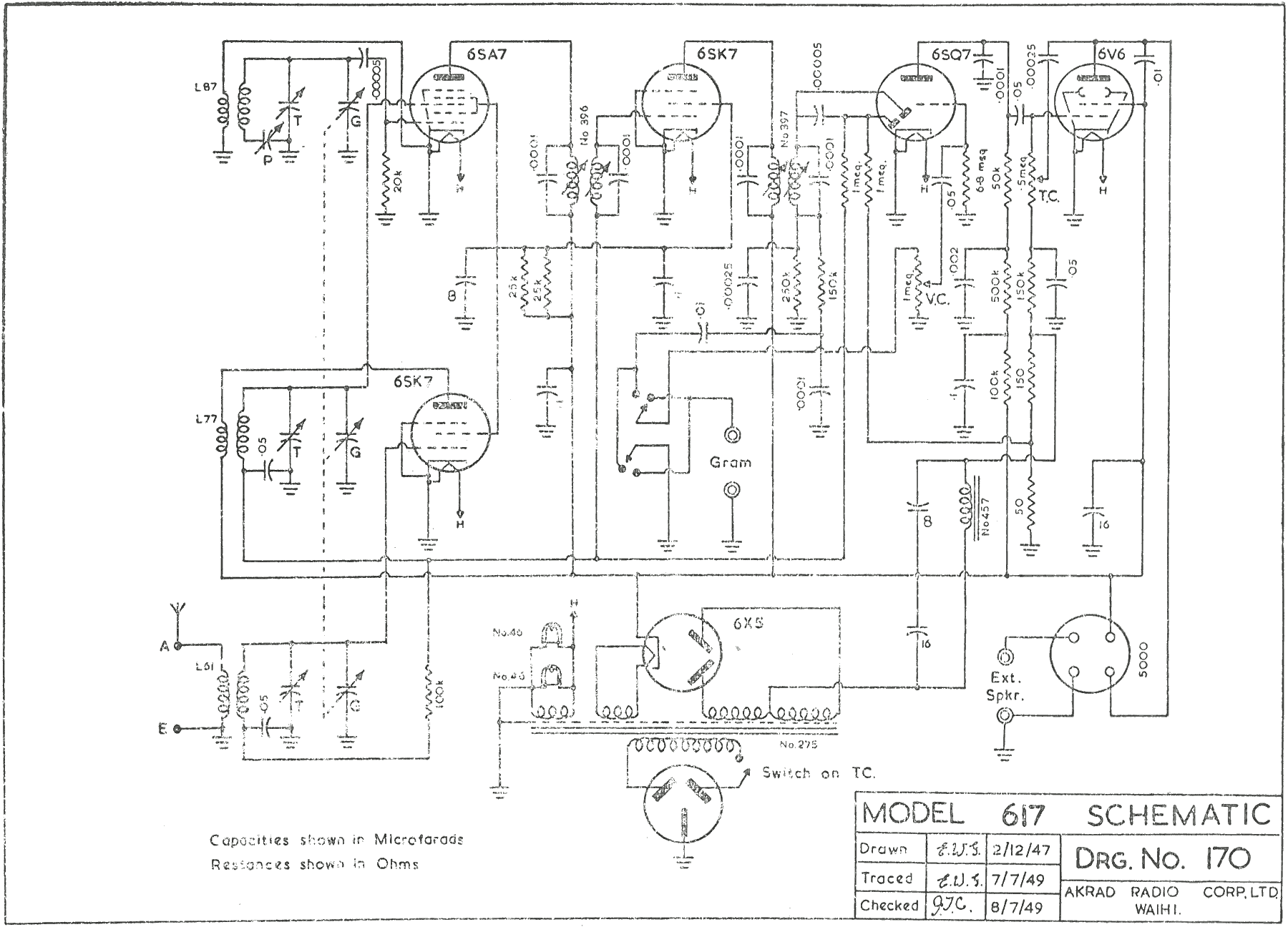 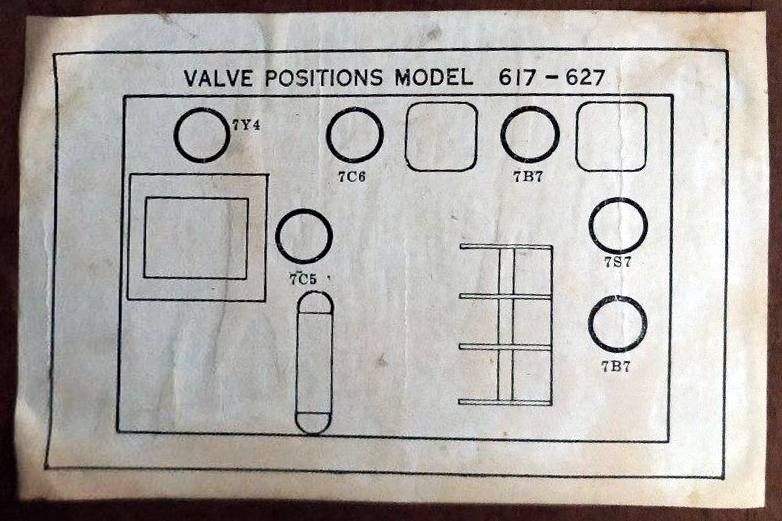 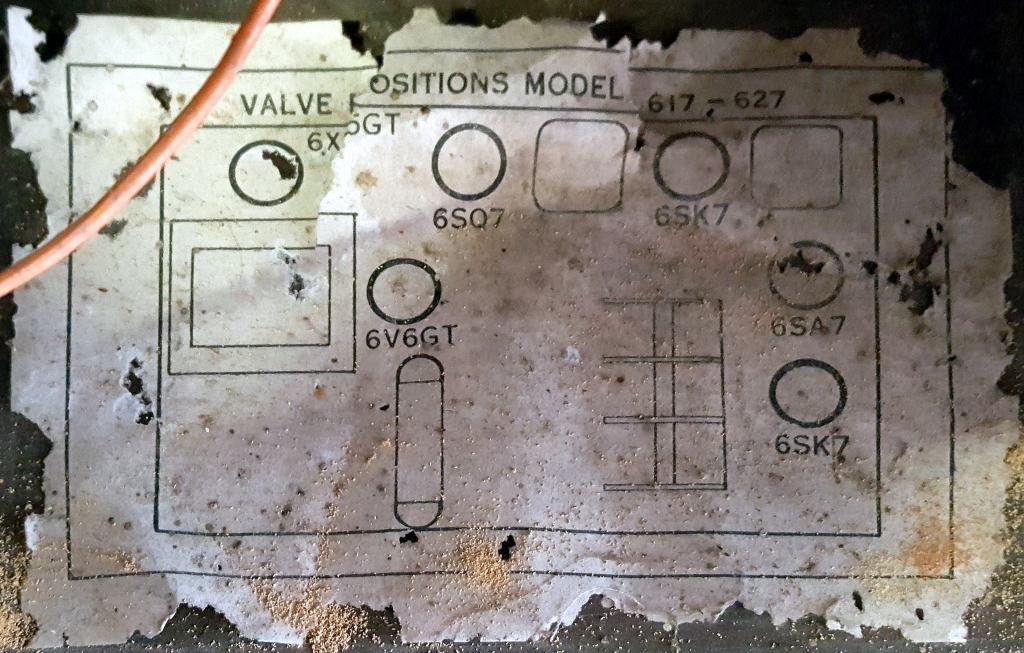