RF or AF output, RF able to be modulated to provide tone for IF peaking and dial tracking adjustment.

Schematic has at least one error, showing 6A8 plate and screen joined, which they are not in the one examined example. 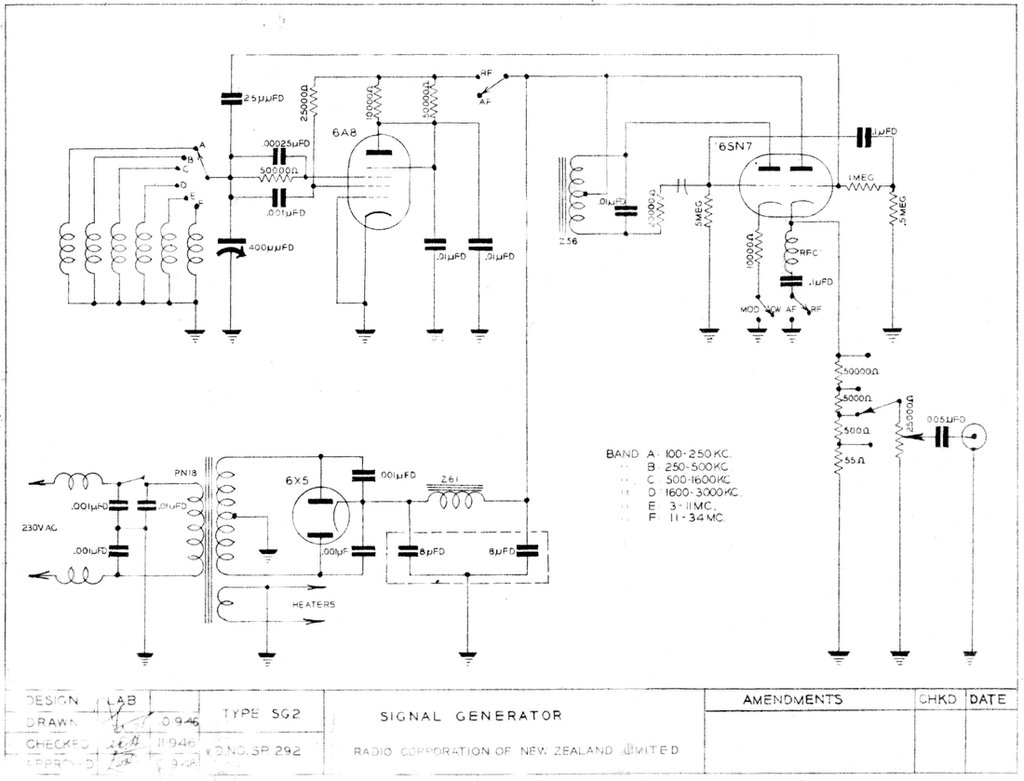