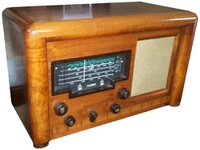 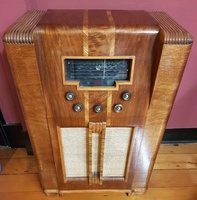 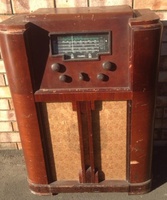 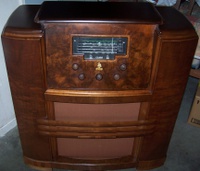 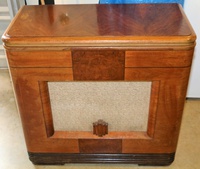 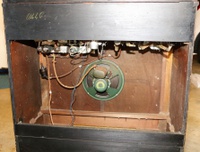 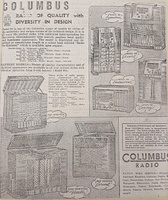 The Columbus model 90 was manufactured for Columbus Radio Centre Ltd by Radio Corporation of New Zealand Ltd in 1942, it was in production for 9 years.

The model 90 followed the model 75 as the second high-end bandspread receiver from Radio Corp.  There was some overlap between the model 75 finishing and the model 90 starting - and they were quite similar in chassis appearance although quite different in circuitry.

Unlike the model 75, the 90 had very few changes over its realtively long life.  Cabinet options were wide-ranging from table-top sets to large statement-piece consoles and radiograms. 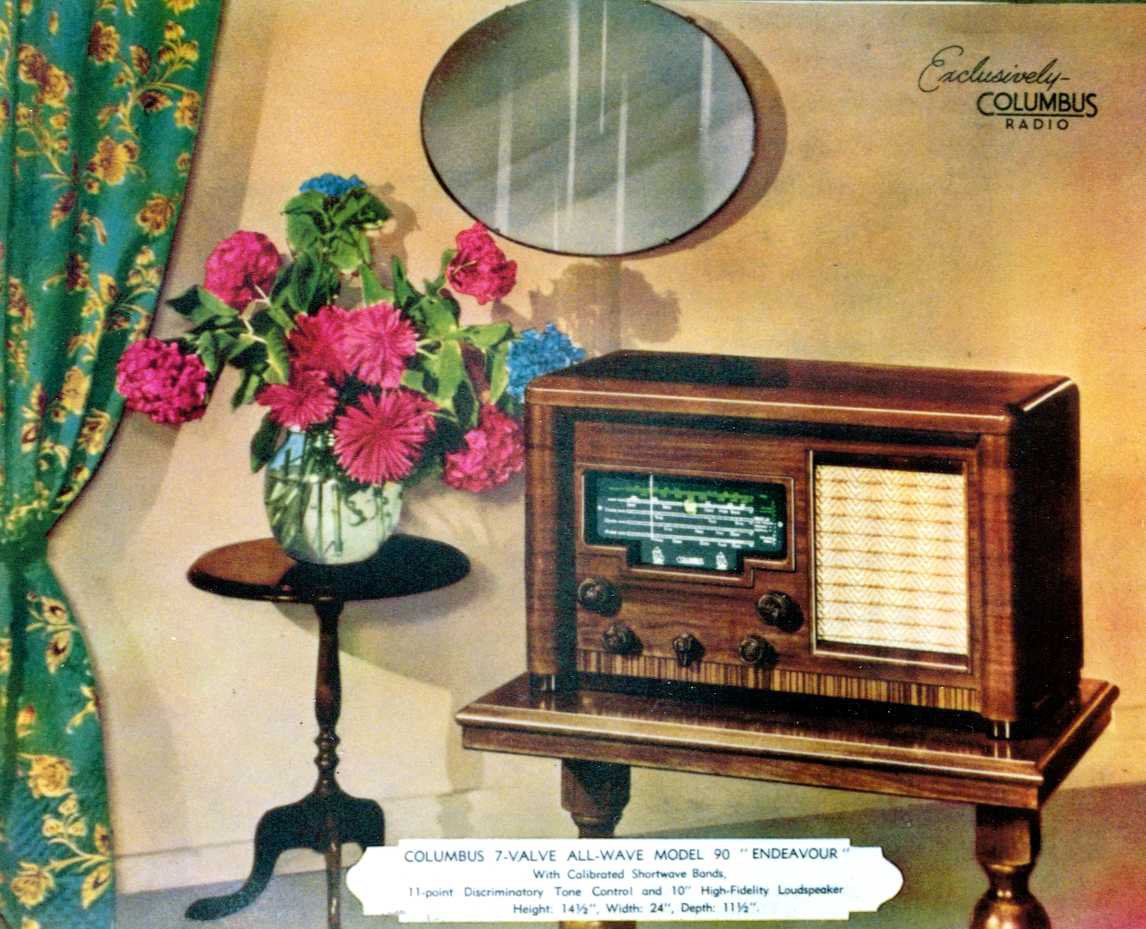 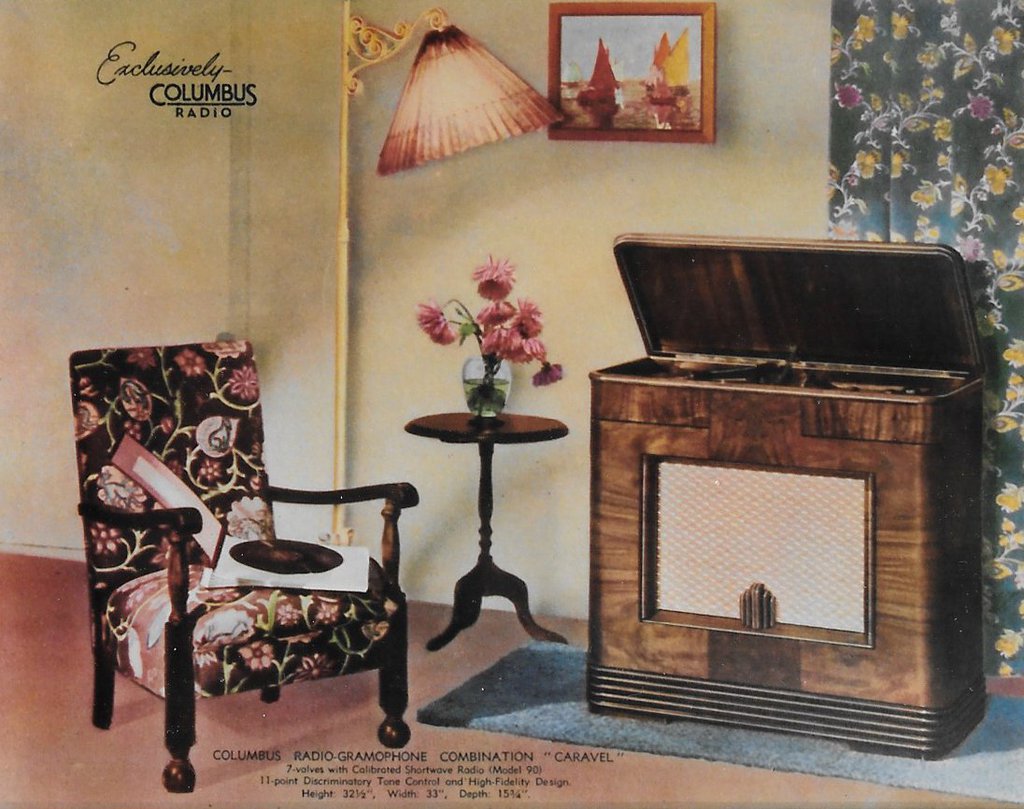 The 11-position tone control, the 'Columbus Electronic Ear' as is was known, was an advanced solution to try and help the listener get the best listening experience based on what they were listening to.

Note: the following feature from The Listener on March 8th 1946 misnames the 'Convoy' cabinet style as the 'Conway'. 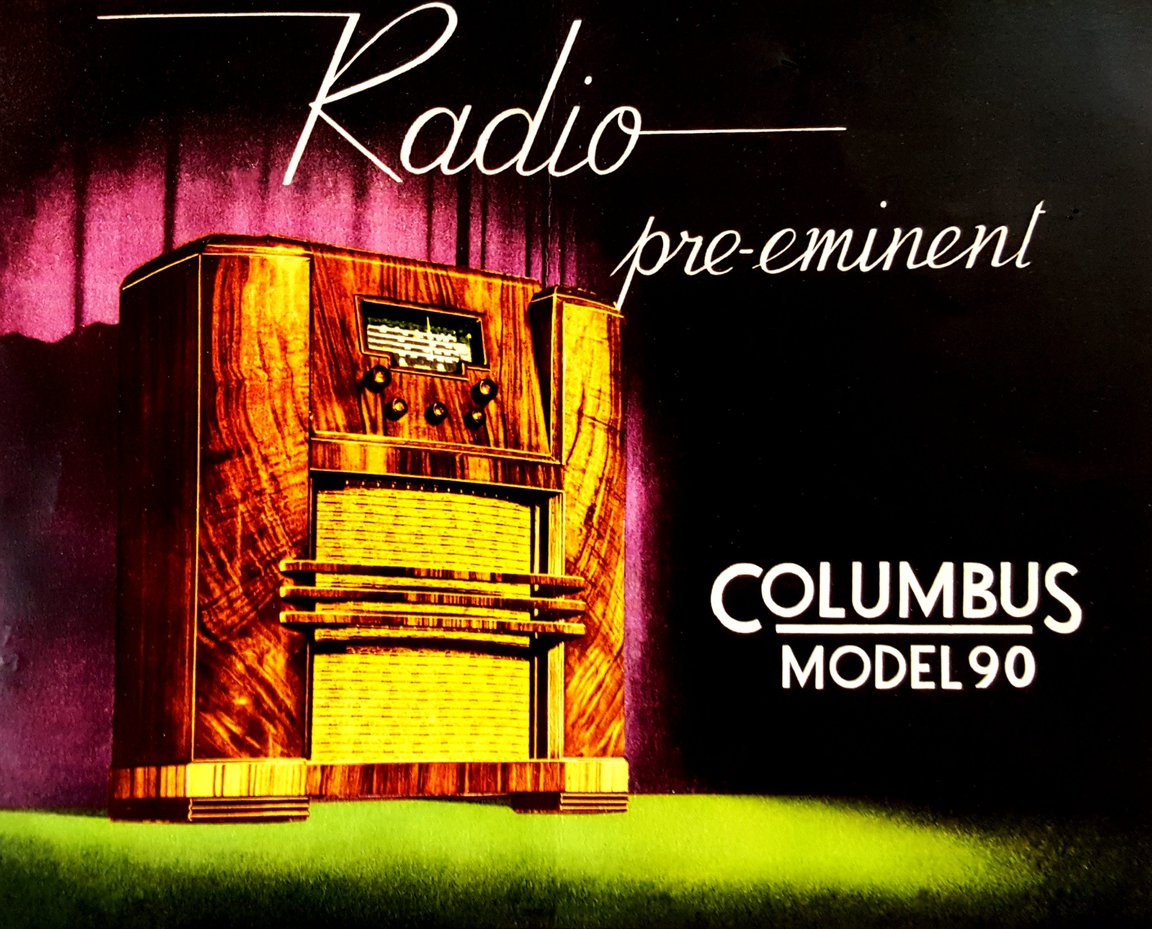 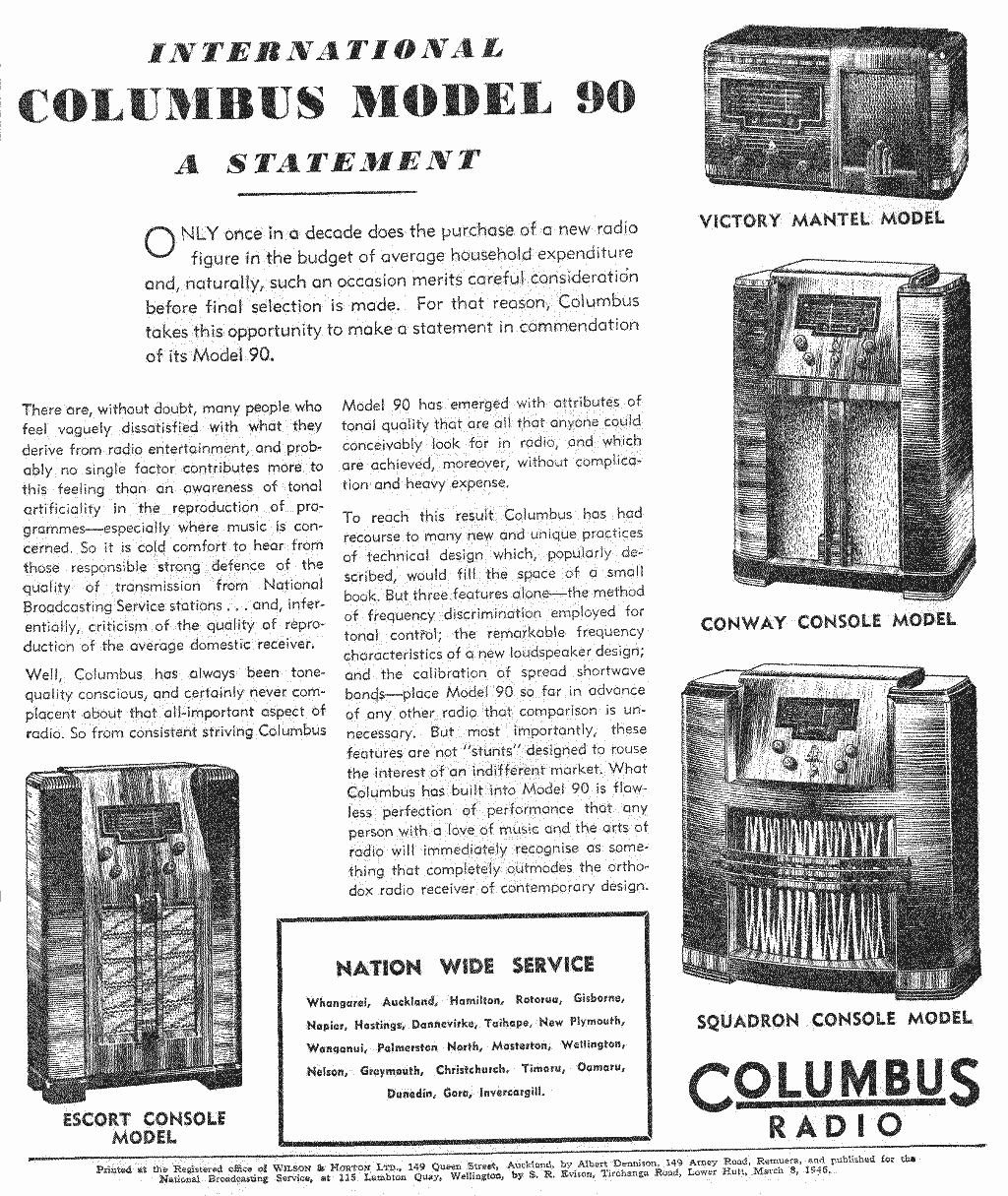 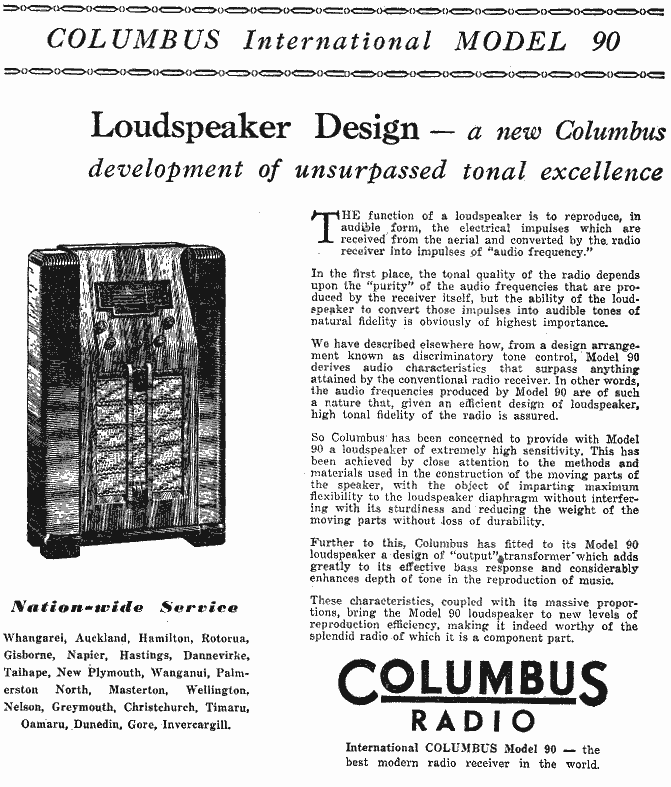 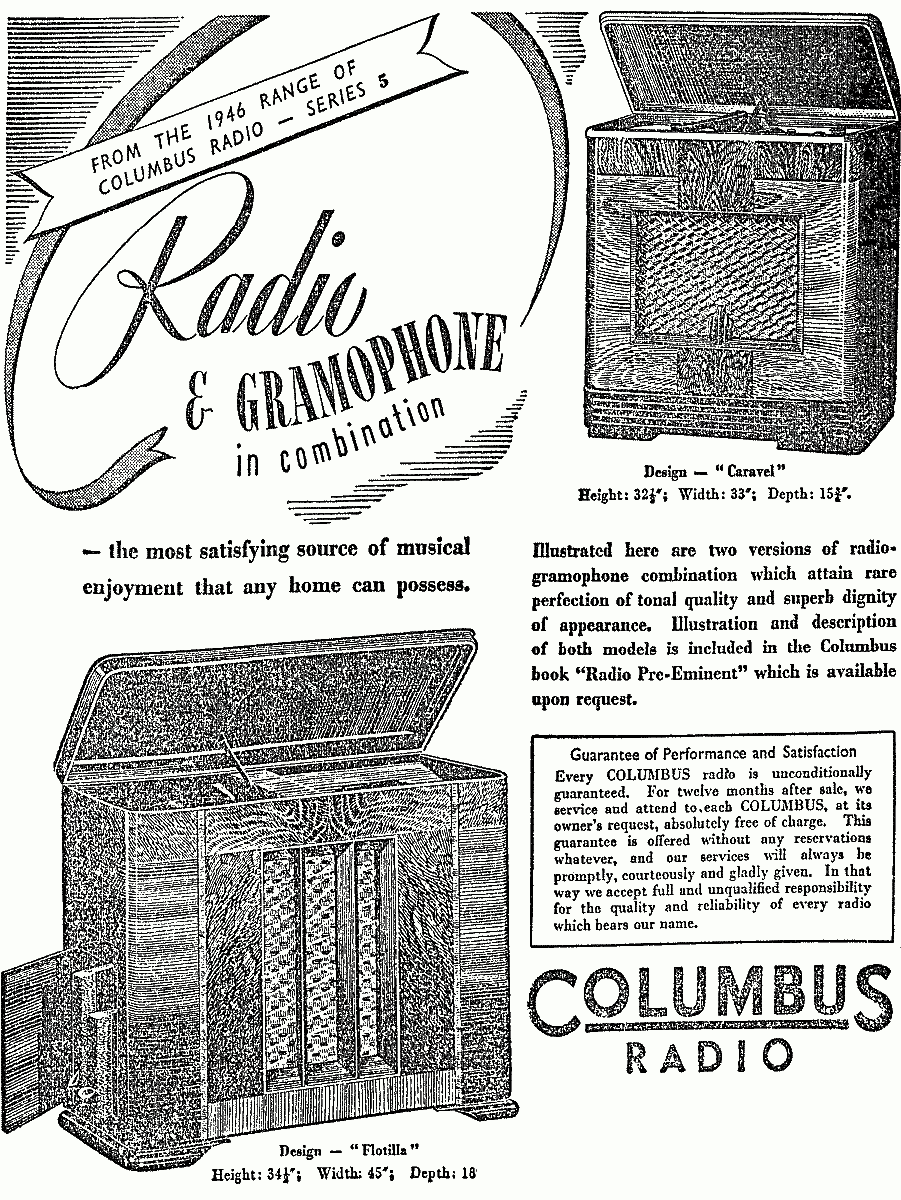 Note: the capacitors used in the tone cct are oil-filled and are often found to be leaky after all these years, making a mess under the chassis.  They are soldered into cups in the chassis and can be removed reasonably easily. 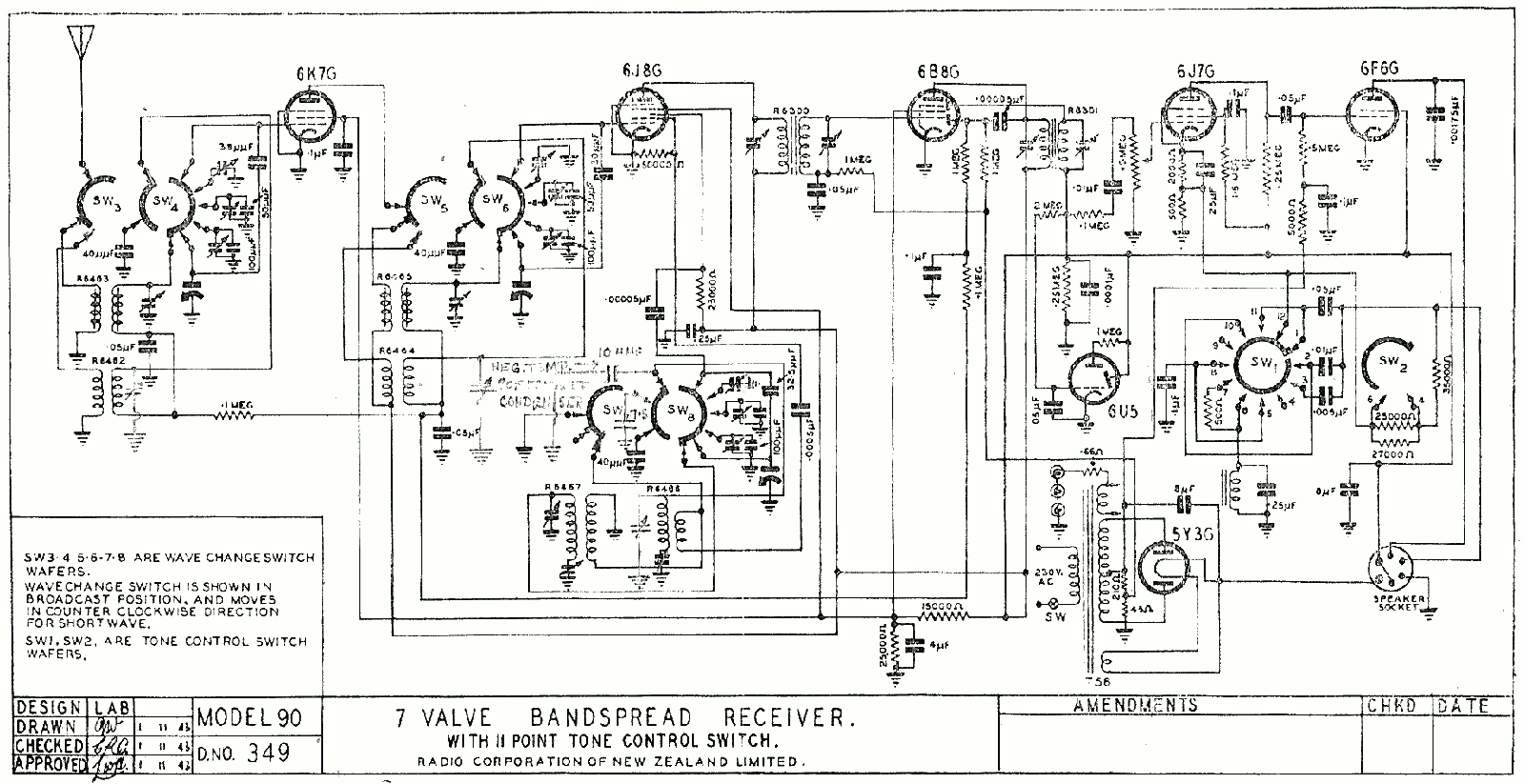 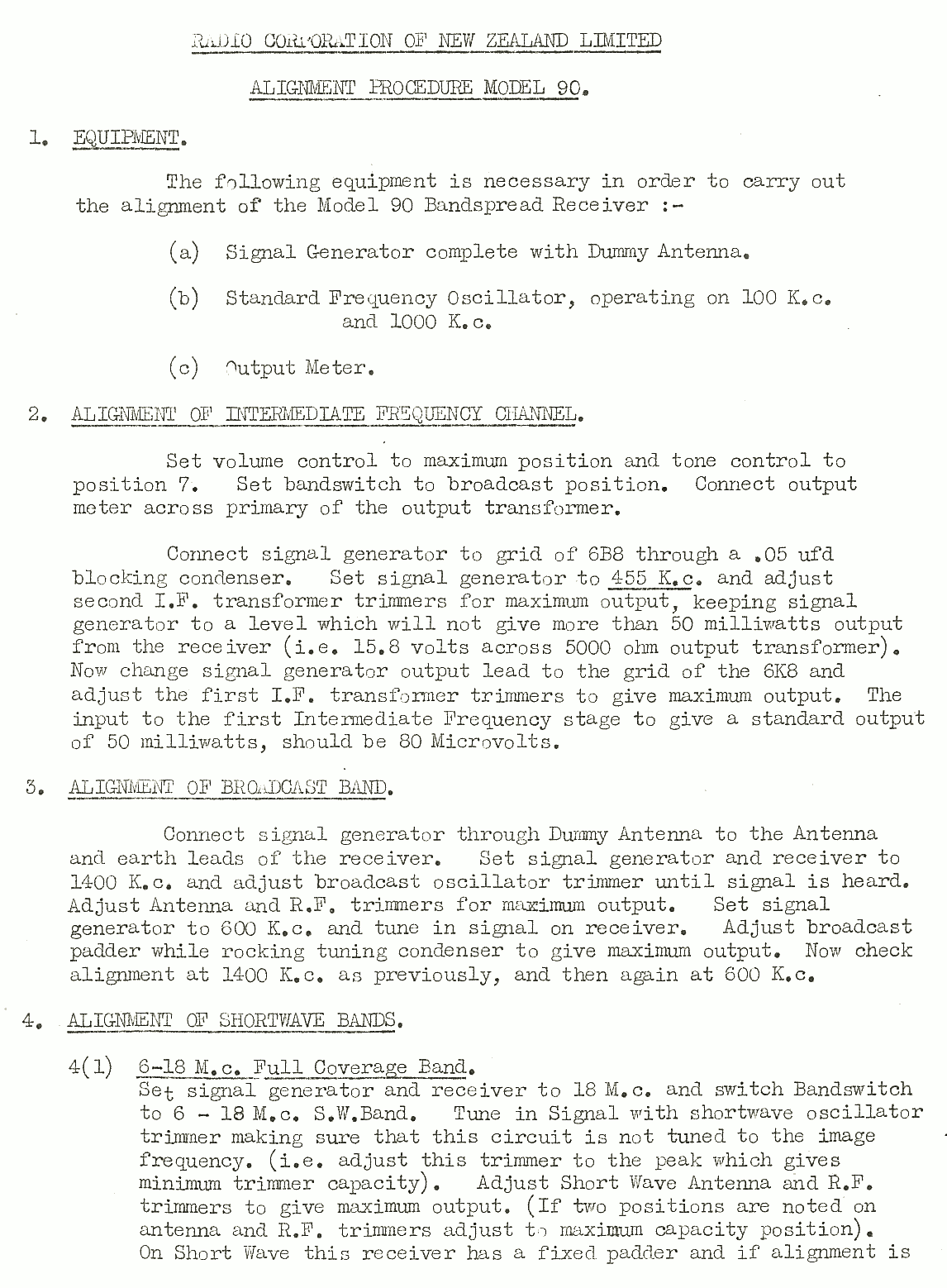 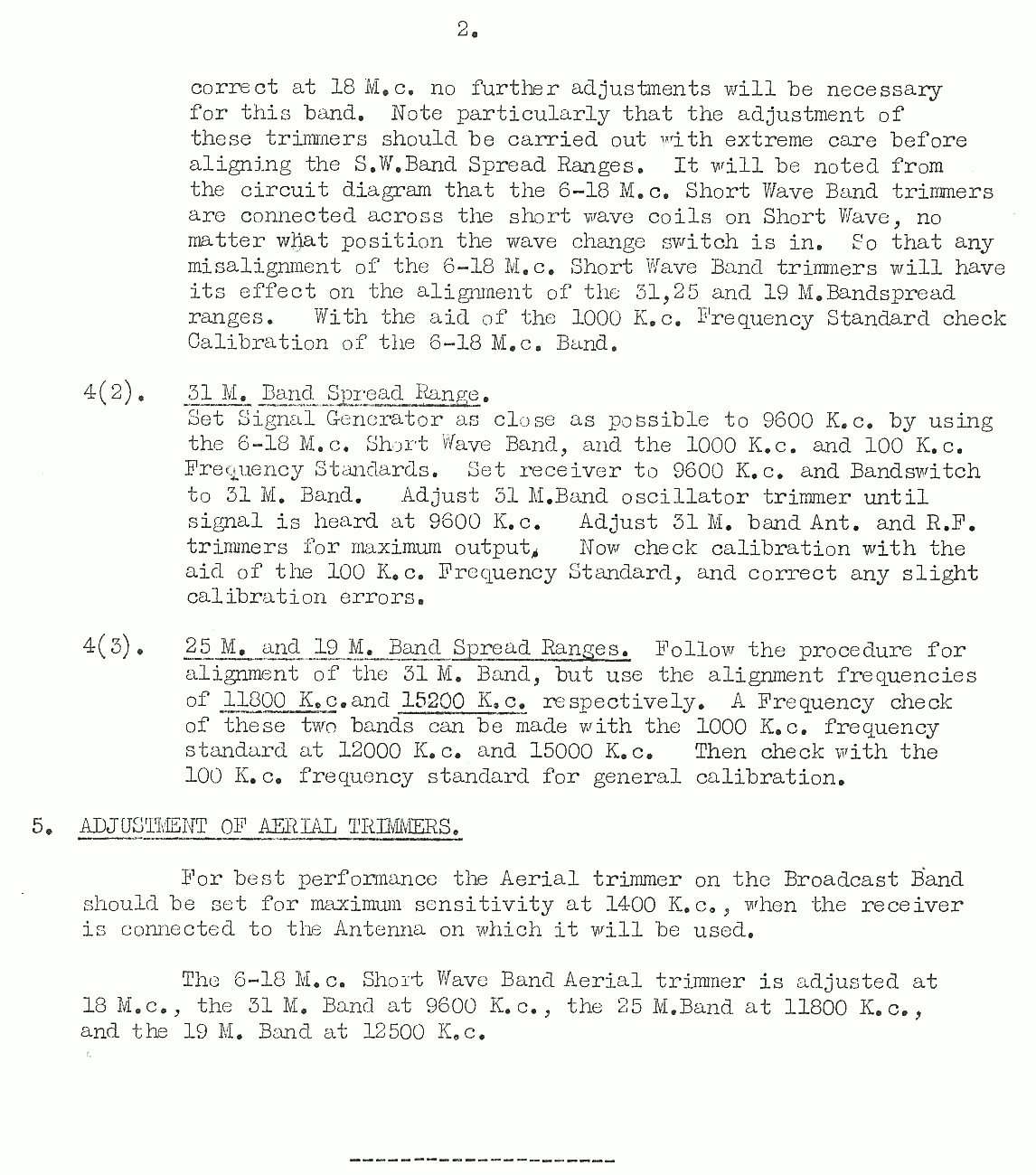 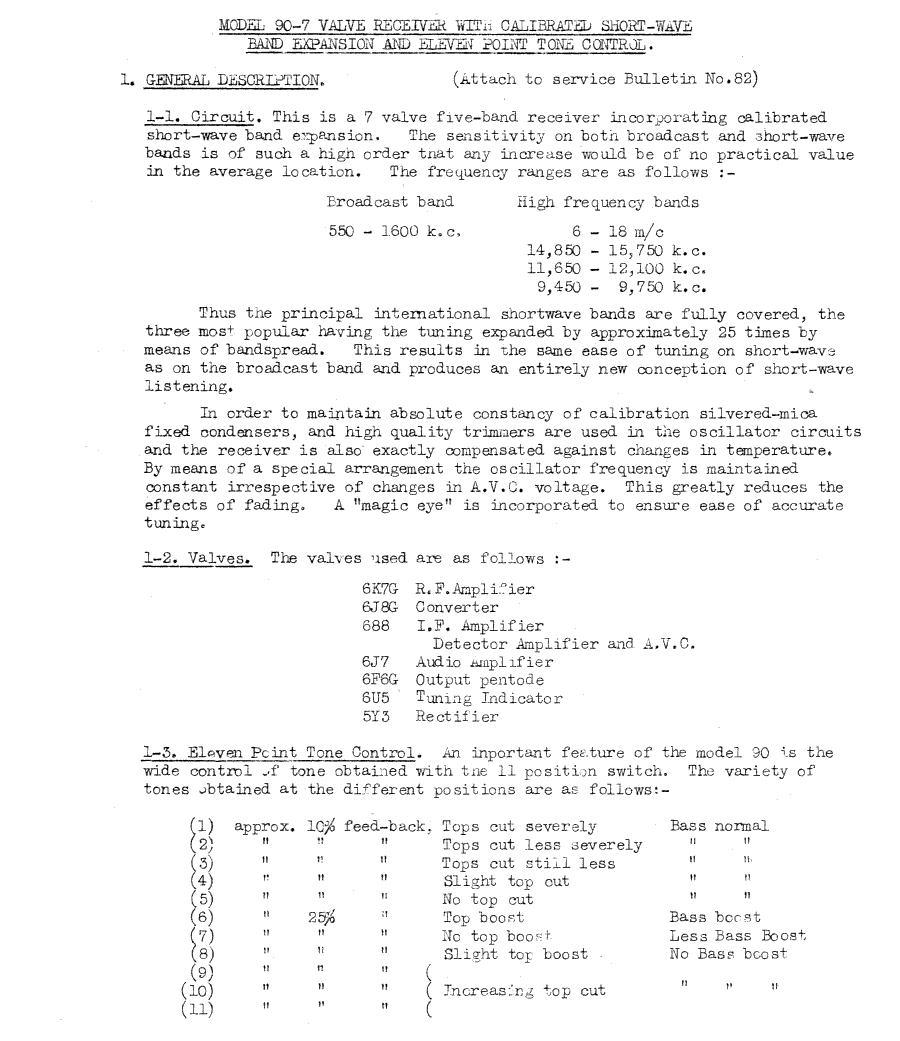 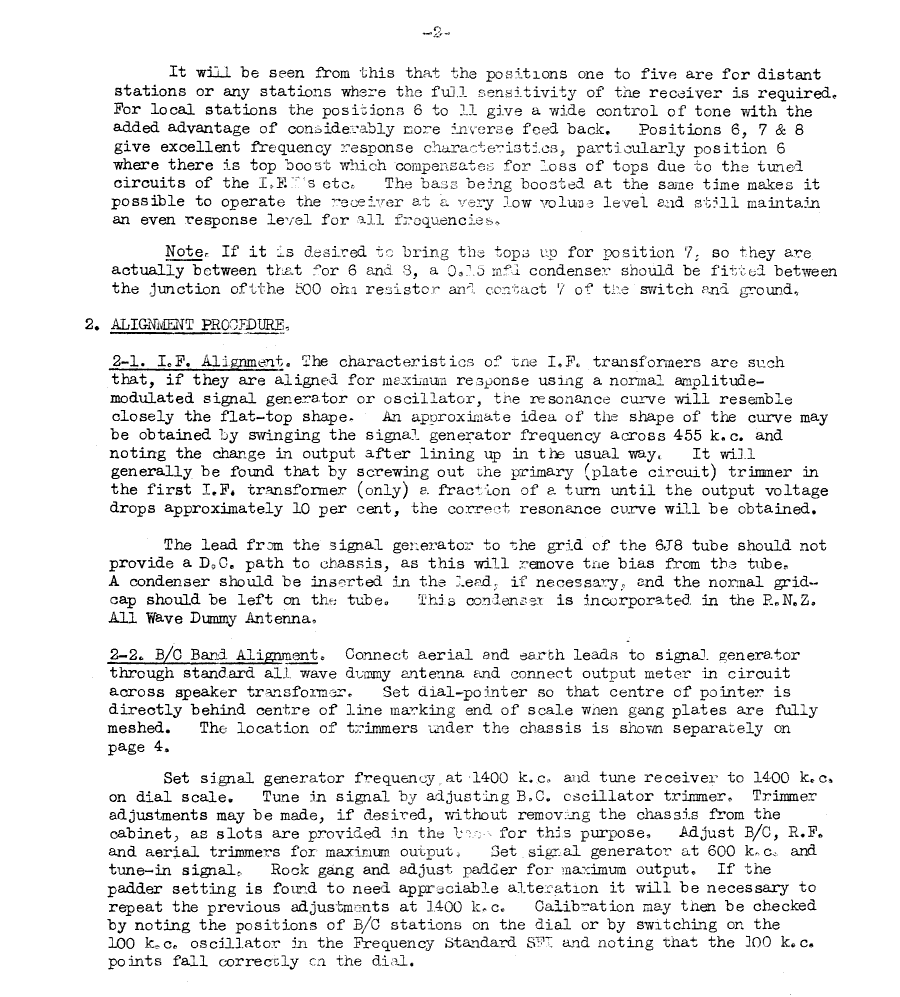 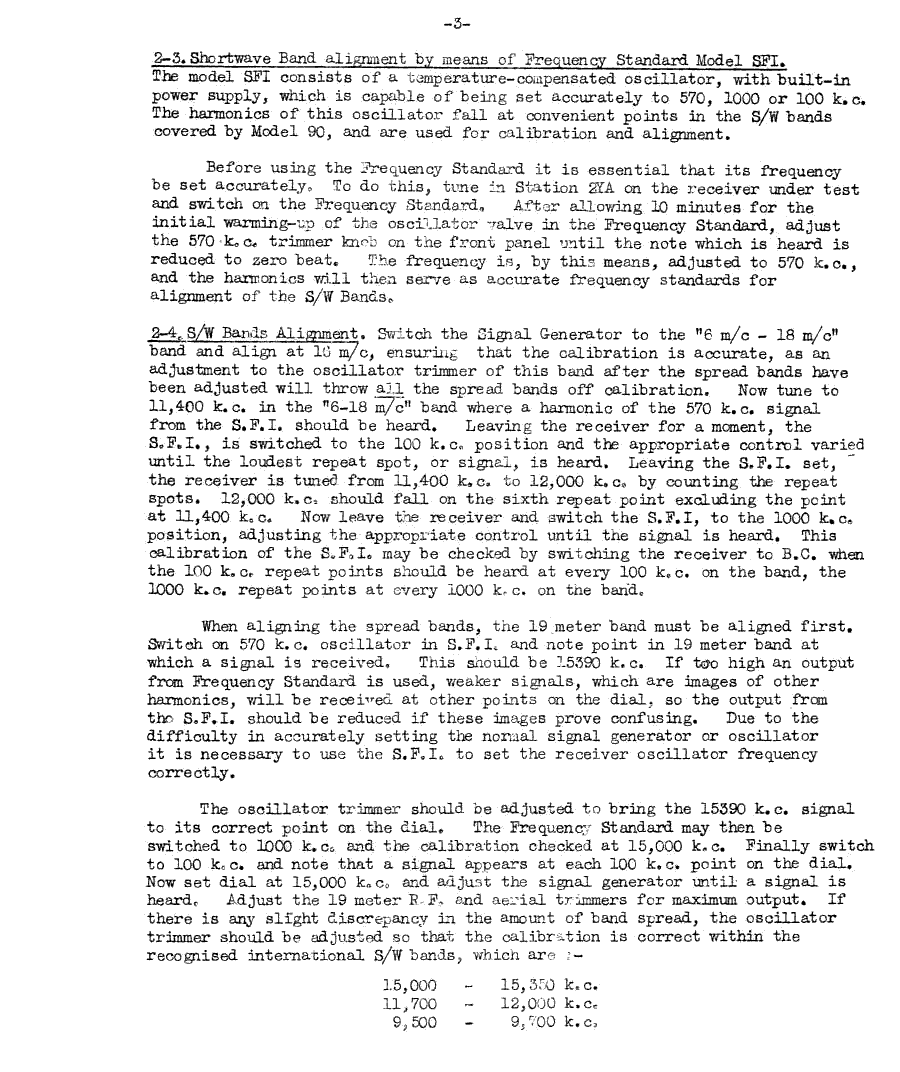 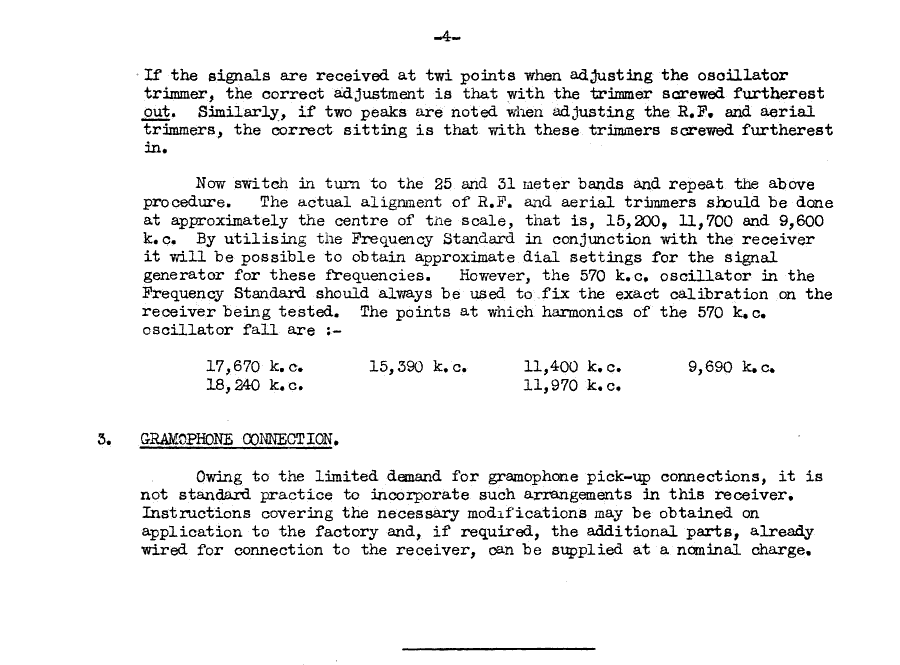