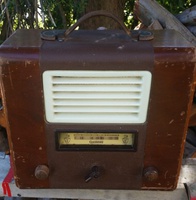 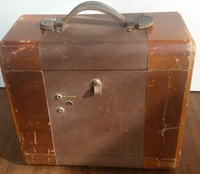 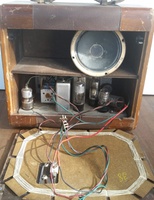 The Courtenay 301A was manufactured for Turnbull & Jones Ltd by Radio Corporation of New Zealand Ltd in about 1948.

The 301A is quite different in appearance to the model 301, and is more akin to the model 402.  The chassis layout is also different.  There is a model 414(?) which looks identical but uses miniature valves, and is probably a later version of this model.