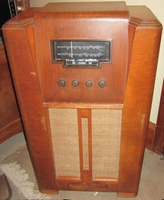 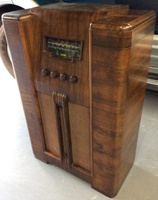 The Columbus model 66 was manufactured for Columbus Radio Centre Ltd by Radio Corporation of New Zealand Ltd in 1941, it was in production for about 8 years.

6-valve dual-wave radio (bandspread).  Last of the wartime models before restrictions kicked in.

One of RCNZ's longest-running models (alongside the model 75) - although this was partly due to the war suspending domestic production.

There was a battery model equivalent, the model 70.

This model was also subject to many modifications over its life.  This page covers the 66, 66E and 66J.  See the model 66A page for the 66A and 66W.  The model 66R is known to exist, but its unknown at the stage what the differences are - one sighted example had a 1947 date code.

a 5-valve version (the model 56) was produced although it does not seem to have been nearly as popular or long-lived. 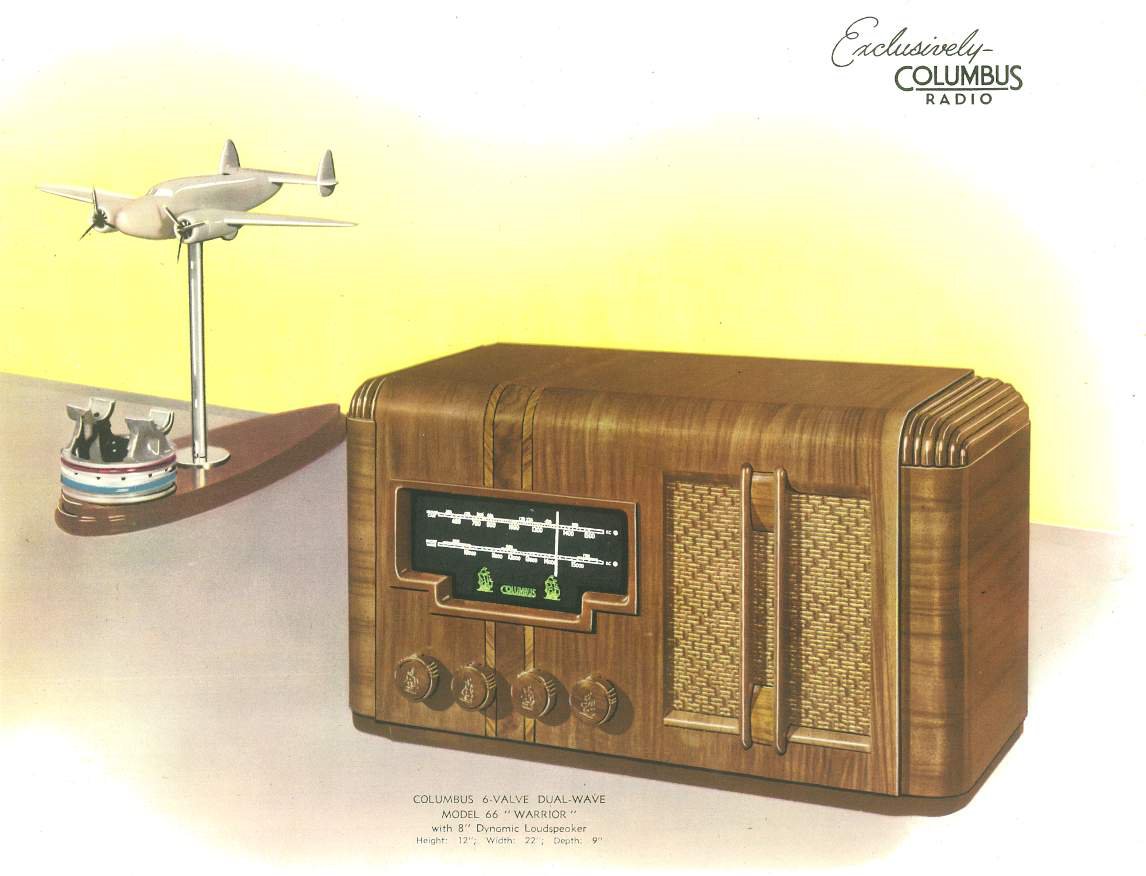 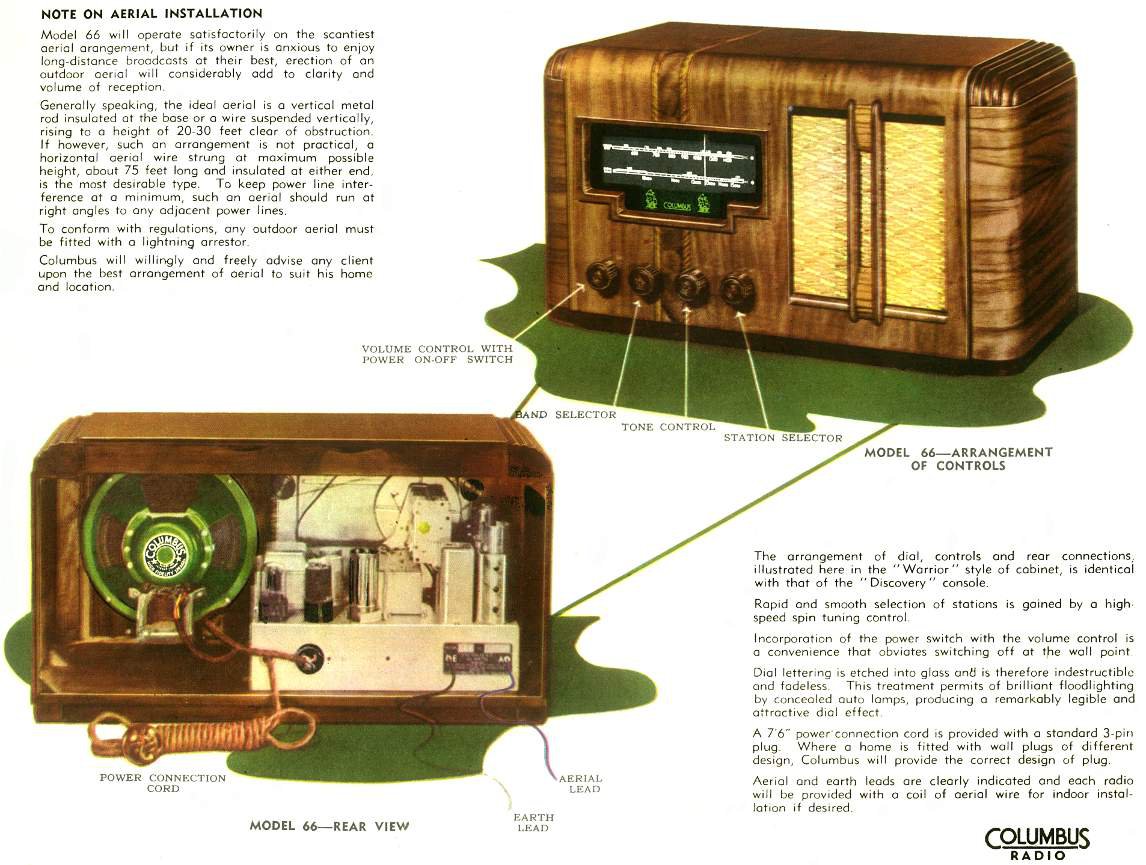 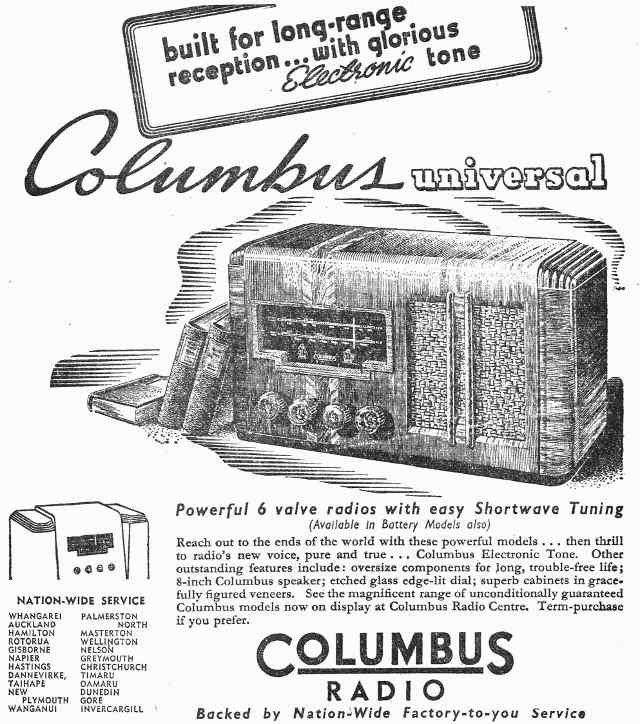 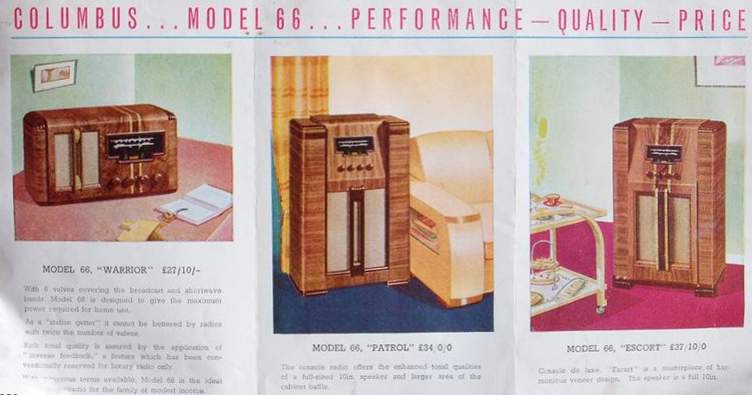 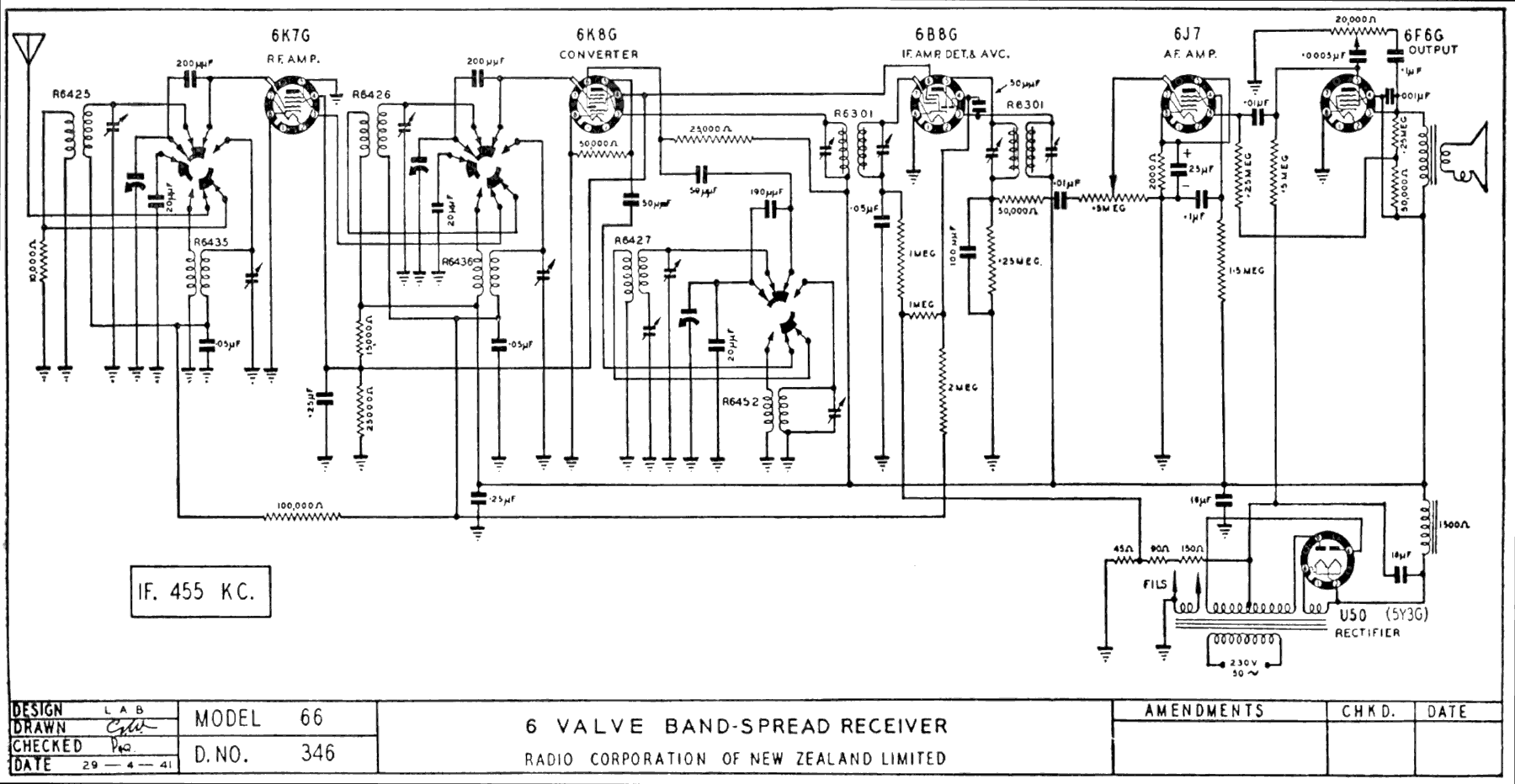